Gale Force Get Down

Let me preface my report by saying "I wouldn't try this at home"..that would be "fishing South" in "high water conditions" on a strong cold front which had North winds to 31MPH for over 4 hours. This is pretty much a recipe for recreational fishing "disaster" and has led to many tearful endings. Bottom line, don't ever be South in this situation unless you have the capabilities and equipment to deal with it. 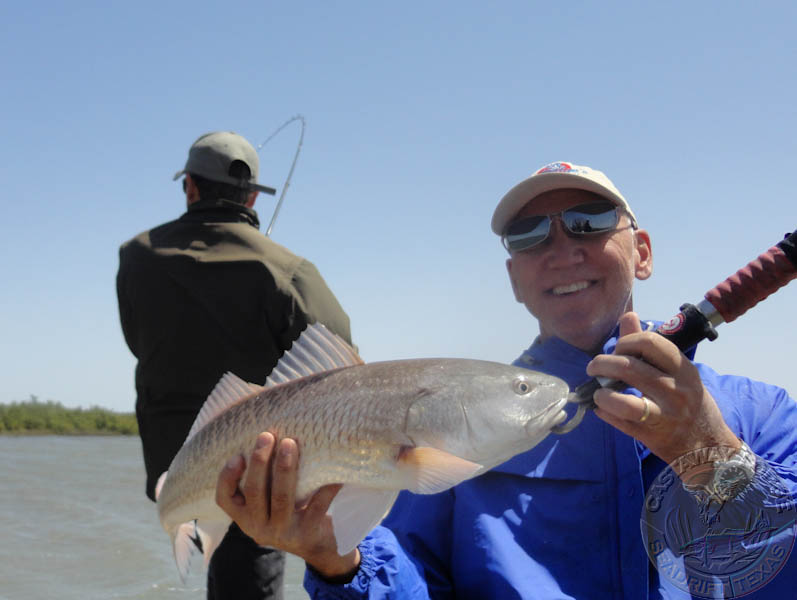 Around the dinner table Saturday evening Mike R. and I discussed the weather report for Sunday. North at 20-25 and gusting to gale force will definately get your attention. I indicated that it would probably result in a strong feeding pattern among Redfish and Black Drum. The question is always "will the weather change stimulate the bite or will it be so severe that it sends the fish running for deeper water. Another question is can we get to them in that kind of wind especially fishing South in a North wind of that magnitude. While I wouldn't try this at home, running an Air Ranger Airboat (first in class among Fire & Rescue Teams) has made this both a safe endeavor and a productive one more times than not. I expected severe flooding on the island and a few white knuckle moments and that's what I got. With so much water piled up in the bays, a big wind from the North is going to pile up the South shoreline and back lakes. Jumping into the back marsh was sure enough sporty as solid 2 to 3' rollers were beating the south shoreline of S. Pass Lake (that's noteworthy because S. Pass Lake is small and fairly protected. That's a treachorous situation to say the least. Entering the back country found shredded conditions in most areas, always a bad sign when there is a dominant smell of Methane as the bottom rolls over. I took a look at several areas where the fish had been holding only to find blown out chocolate milk and little feeding. We did manage to catch fish in every location but it was very slow and unproductive. 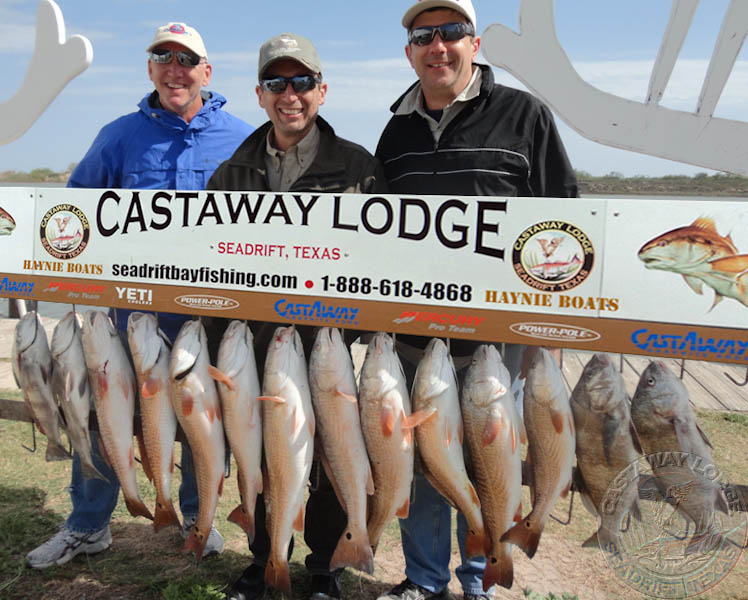 I made a mental shift "thinking about locations normally too shallow that will now be the right depth; still have fish on it; and have some decent water to encourage feeding". Real estate that is pretty much worthless 99% of the time now came into focus given the severe flooding. We fought our way to a super shallow flat that typically is too shallow but occasionally has a few fish on it. That was the ticket in the high water. I found some pockets of Trout green water holding near the shorelines and bleeding green murky about mid-way across the flat. We got situated stuggling to do anything on the boat because of the wind velocity but in short order found a strong bite on massive Redfish to 29". With 6 solid Redfish in the boat we released some smaller slot fish. Thinking about the pattern and pushing it forward, we made another move into a similar set up. I focused on the wrong end of a lake that is typically too shallow and seldom holding fish only to find concentrations working it and feeding hard. In a blur we had maxed the limit of Redfish while also landing a 29" bruiser and landing more upper slot fish that were released.

Posted 1/22/2020/By Kris
Mild Winters lead to quick transitions and advanced seasonality when they occur.